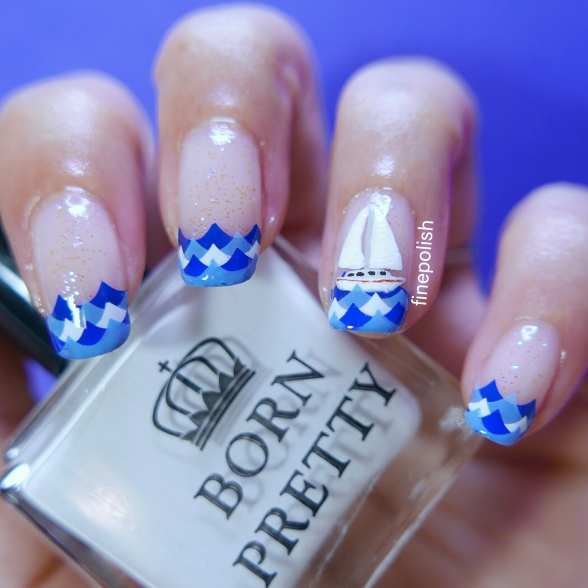 Seems like I’ve got beaches on the brain a lot lately! I put together a cute little sailboat manicure this week for an unconventional twist on French tips.

I didn’t want to leave my nails totally bare because they’re a little damaged right now, so I used a sheer iridescent glitter polish from Confetti called Ice Ice Baby to give my nails a bit of a twinkle. Like most iridescent things, it is hard to capture the sparkly blue green shift of the glitter under bright light and direct focus, but you can see its true color in the picture of the bottle. 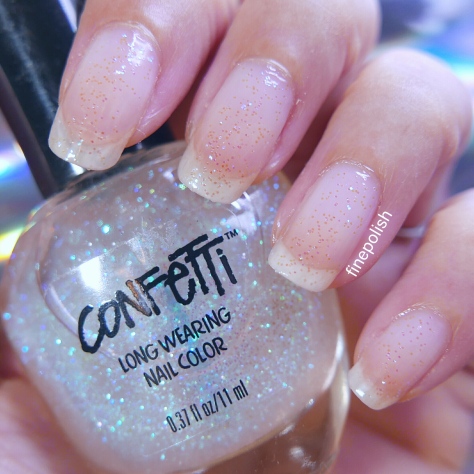 Only one coat of polish was applied as a base. I wanted an ethereal look rather than strong glitter coverage.

The waves were done using a French tips plate from Born Pretty Store.

I layered the pattern from the lower left hand corner of the plate with different shades of stamping nail polish from Born Pretty. 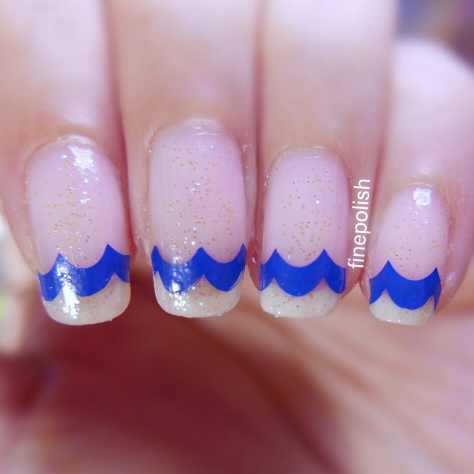 Born Pretty Stamping Nail Polish in color #7 (royal blue) was applied across the tips of each nail.

I painted a sailboat by hand using Craft Smart Acrylic Paint and a detail brush. Painting it at this stage allows for subsequently stamped waves to overlap the hull of the boat. 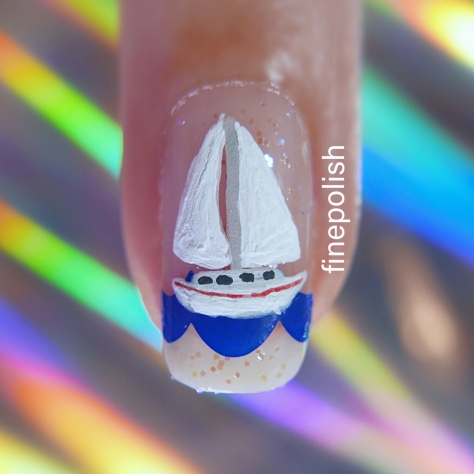 Painting this boat was fairly simple, but it requires patience.

After the boat was done, I stamped the same French tip pattern from before with Born Pretty Stamping Nail Polishes in #284 (light blue) and #4 (white), staggering the tips of the waves so that the base color was covered. I repeated the stamping process with the same three colors until the tip was filled in completely. 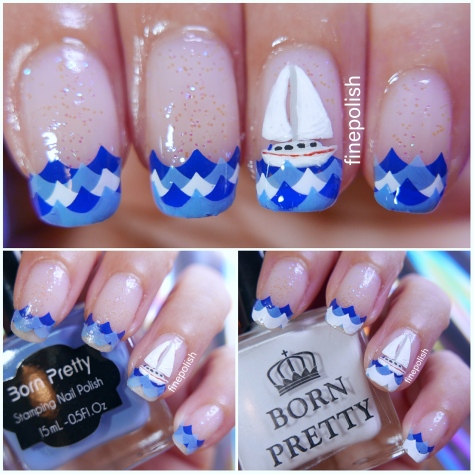 Seche Vite top coat was applied on top to complete the look. 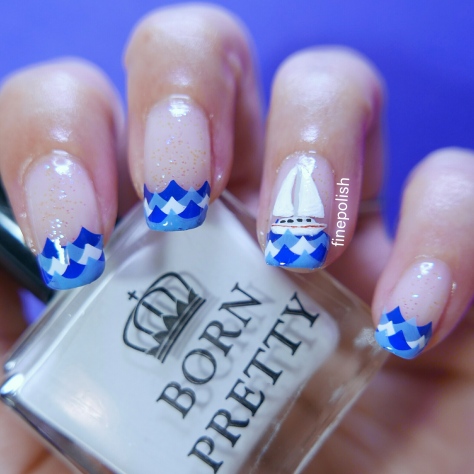 This was a cute design to put together, and I think it was a fairly creative use of the French tips plate. The layered look would work well with many different color combinations, so I’ll probably use this technique again at some point!

I'm Chrissy, a professional musician in NYC and self taught nail artist. All nail art designs shown here are done by me unless otherwise stated. If you wish to share any of my photos, please publish them with credit given to my account @finepolish (Instagram/Facebook/YouTube/Twitter/Tumblr). Thank you, and happy polishing! For inquiries, please contact me at finepolish@yahoo.com 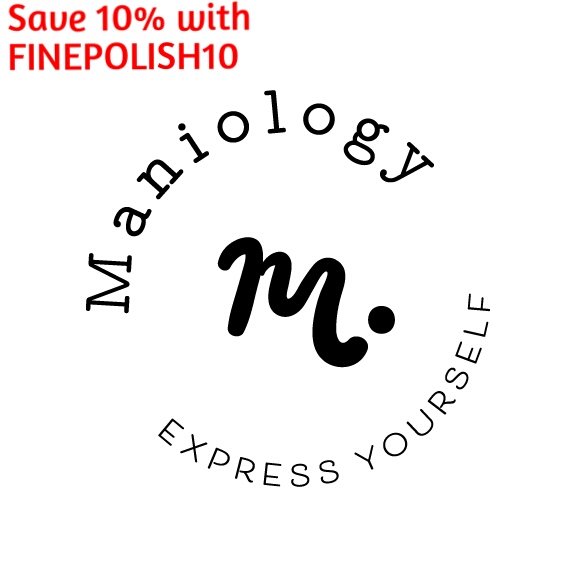 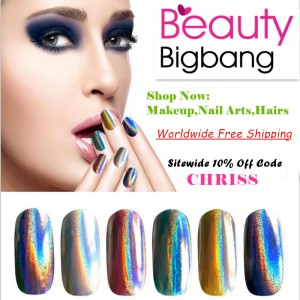 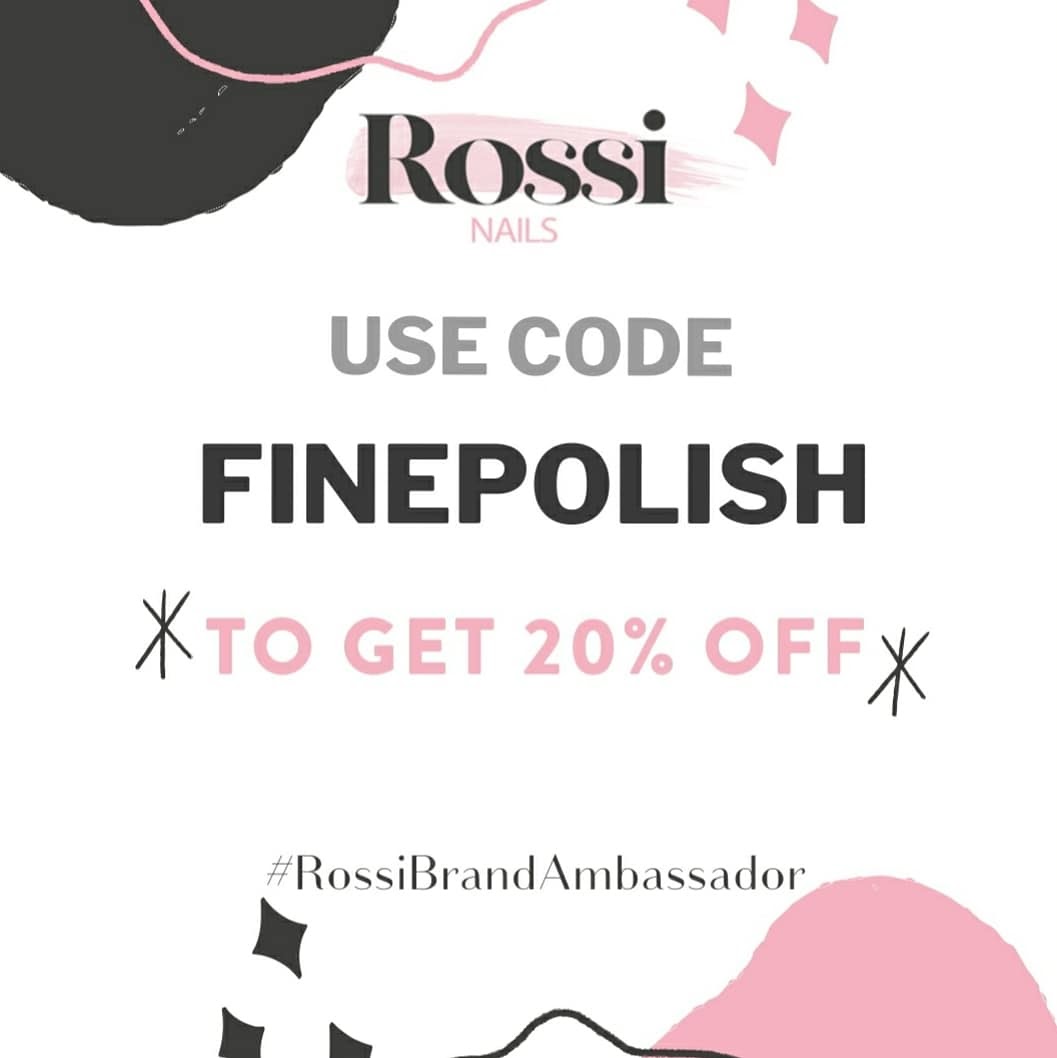